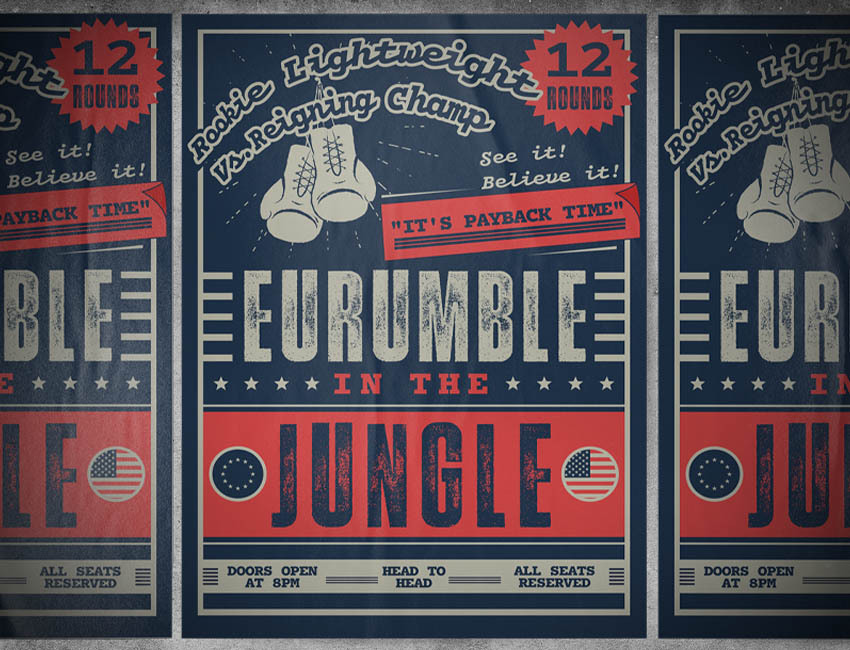 Let’s face it, US stocks have been putting European stocks to shame ever since the 2008 financial crisis. In the last three years alone, they’ve returned 80% compared to European stocks’ 35%. But between a variety of important factors, 2022 might be the year they topple their stateside counterparts. Here’s why.

European valuations are much more attractive

European stocks have a couple of other things going for them too. For one thing, they offer some of the highest free cash flow yields globally. And for another, their valuations – calculated as price-to-earnings – fell last year even as their share prices rallied, meaning you can buy their future growth for even cheaper in 2022. 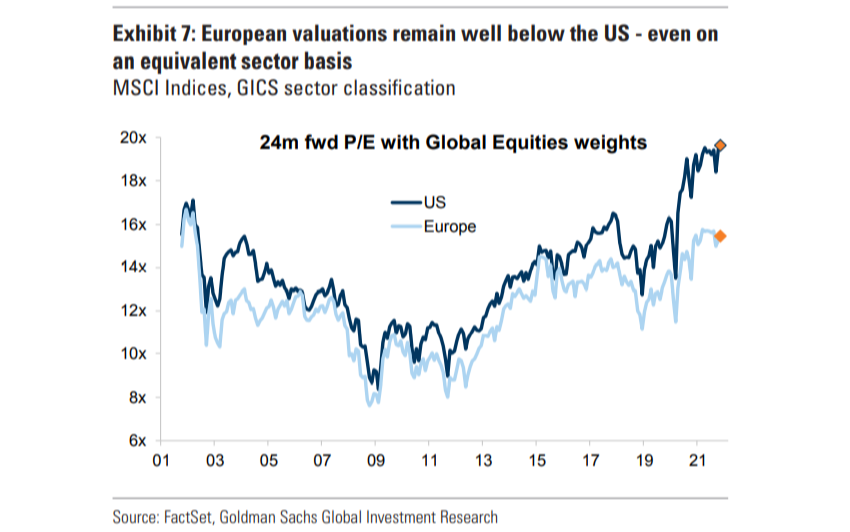 European are cheaper than US ones. Source: Goldman Sachs

Investors in European stocks earn a dividend yield of around 3% – about twice as much income as investors in US stocks. That’s even more impressive if you compare it to European bond yields, which are among the lowest in the world. Put differently, European investors earn a higher premium for investing in risky stocks over safe bonds than their US counterparts.

Why does a higher dividend yield matter, especially on top of better valuation levels? Because it gives you a bigger margin of error, meaning the environment has more room to deteriorate before you start suffering losses. And given how uncertain 2022 could be, this could be the difference between a good and average performance – or a bad and awful one.

The profit gap is closing

US stocks benefited massively from the generous support package passed by the country’s government in 2021. Going forward, however, that stimulus is expected to fade out and growth to slow down.

But we might see the reverse in Europe: governments are pushing for more ambitious support packages in a bid to revive the economy, promote greener investments, and reduce inequality. That could be enough to boost revenue growth and offset the negative effect of inflation on companies’ margins, potentially helping European companies finally catch up with those in the US in terms of earnings growth. In fact, Goldman Sachs has noted that 12-month forward earnings per share estimates have been higher for Europe than the US in the last year, which doesn’t seem to be fully priced in by the market yet.

The Federal Reserve has already embarked on its monetary policy tightening journey, but the European Central Bank (ECB) is expected to keep interest rates lower for longer. That should give European stocks a bit more breathing room, and could mean they receive a cash boost from investors fleeing the threat of higher US rates.

And even when the ECB does raise rates, the European stock market’s sector composition makes it particularly resilient: the share of technology stocks – some of the most vulnerable to rising rates – is much lower than in the US, while the share of sectors like banking – which do well when rates are climbing – is much higher. Europe is also much more exposed to cyclical sectors, which could perform strongly if the economic recovery continues. 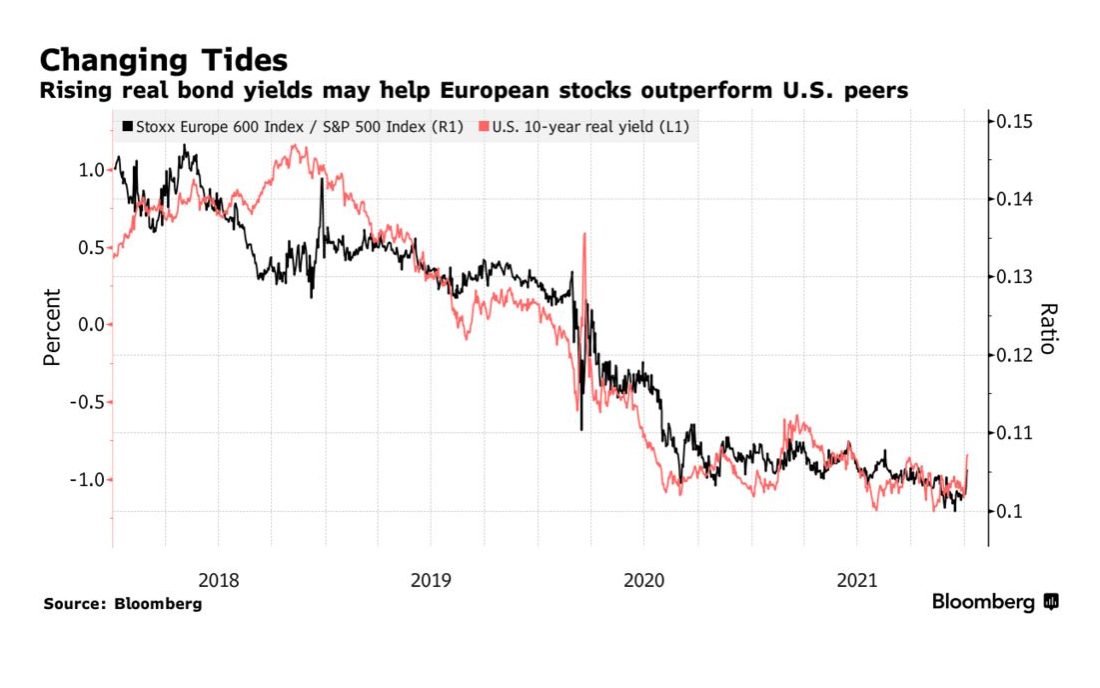 European should outperform US ones if rates rise. Source: Bloomberg

European stocks do arguably represent a better opportunity than US stocks right now. So yes, the odds that they’ll have a better year are looking pretty good right now.

But it’s worth highlighting that there are plenty of risks to European stocks that could change my view. First, growth in the region has constantly disappointed over the past decade for a variety of reasons: the slump in commodity prices and global trade, an inefficient political system, and deteriorating demographics. And while the former might reverse soon, the latter two factors might take a bit more time and effort to resolve.

Second, political risk remains high in the region: France will elect a new president soon, Brexit issues aren’t fully cleared up, and countries like Spain, Greece, and Italy are never too far away from another dispute with Brussels.

Lastly, Europe can’t count on the disruptive and innovative companies the US can. If global economic growth only muddles through, fast-growing tech stocks might once again take the lead and bring the US to yet another victory.

If you agree that Europe could beat America this year, there are two ways you can play the thesis.

The second way is to buy European stocks and short US ones. That way, your performance won’t depend on markets going up or down, but rather on European stocks performing better than US ones, which could happen in both bull and bear markets. That could be an interesting trade for investors looking to add uncorrelated sources of returns to their portfolios. 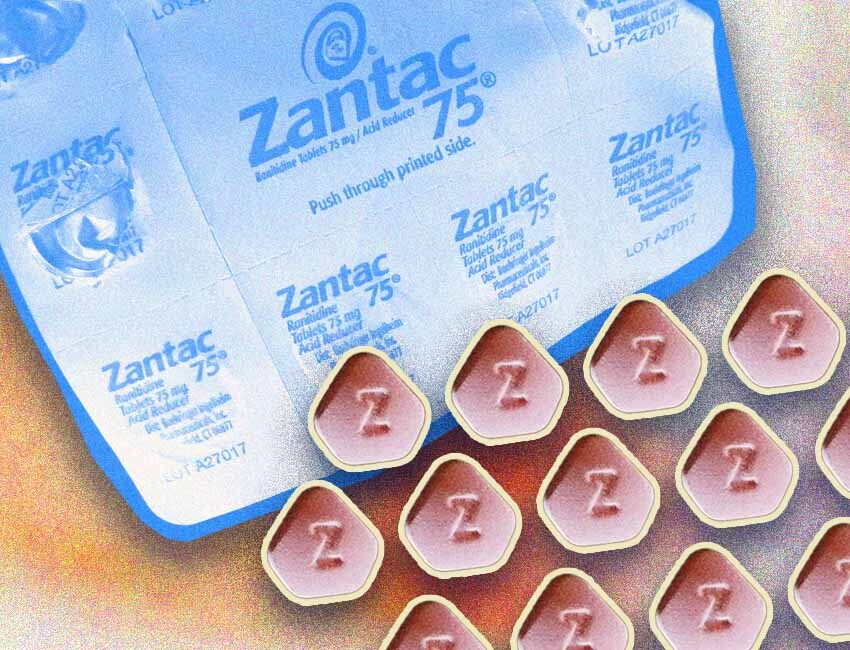 Daily Brief: Big Pharma Is Headed For A Big Lawsuit 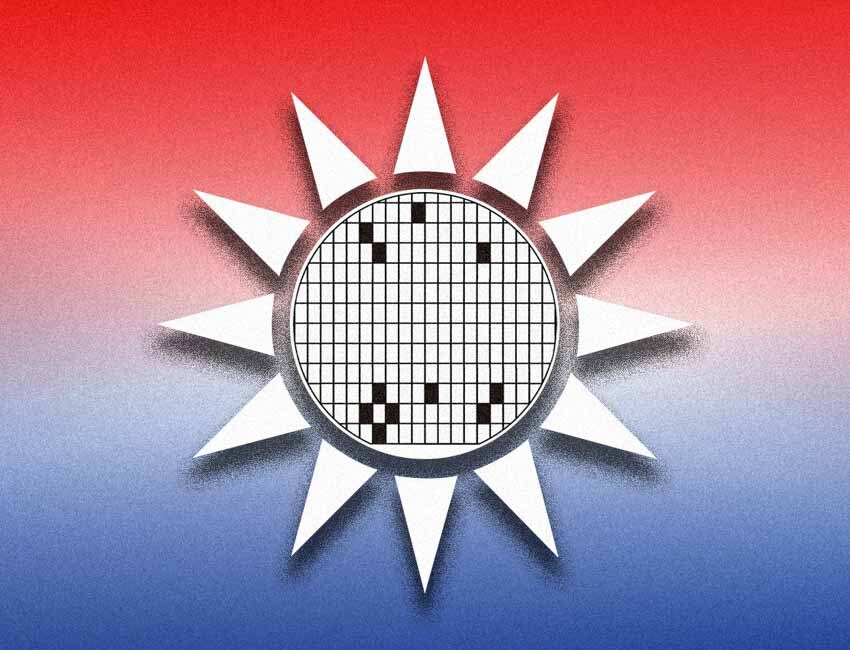