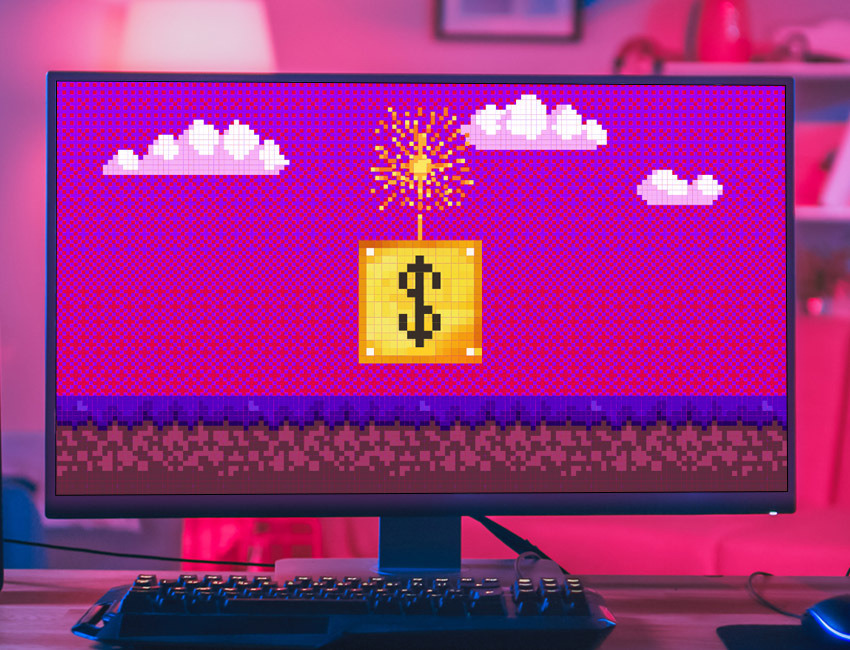 Video games were a saving grace for plenty of us during the height of the pandemic, and esports are set to go back to packing out arenas. But as the froth comes off some of the hottest parts of the stock market, both sectors’ stocks – which are forecast to grow at 10% a year for the foreseeable future – are trading at the smallest premium to the wider market in years. And that means there’s an opportunity for you to get in while the going’s cheap.

Investors are starting 2022 by adjusting their portfolios to the risk the US Federal Reserve raises interest rates faster than expected. That’s driving up yields in the bond market and, in the stock market, prompting a reassessment of how much a company’s future earnings growth is really worth.

Exciting sectors like video games and esports are no exception. The Solactive Video Games & Esports Index’s valuation (shown in blue in the chart below) has dropped from more than 30x future profits in November to less than 23x. That’s barely more than the valuation of the wider US stock market (shown in pink). And it looks positively cheap compared to the 35x-plus valuations investors are prepared to pay for stocks focused on the unproven products of the metaverse (shown in green). 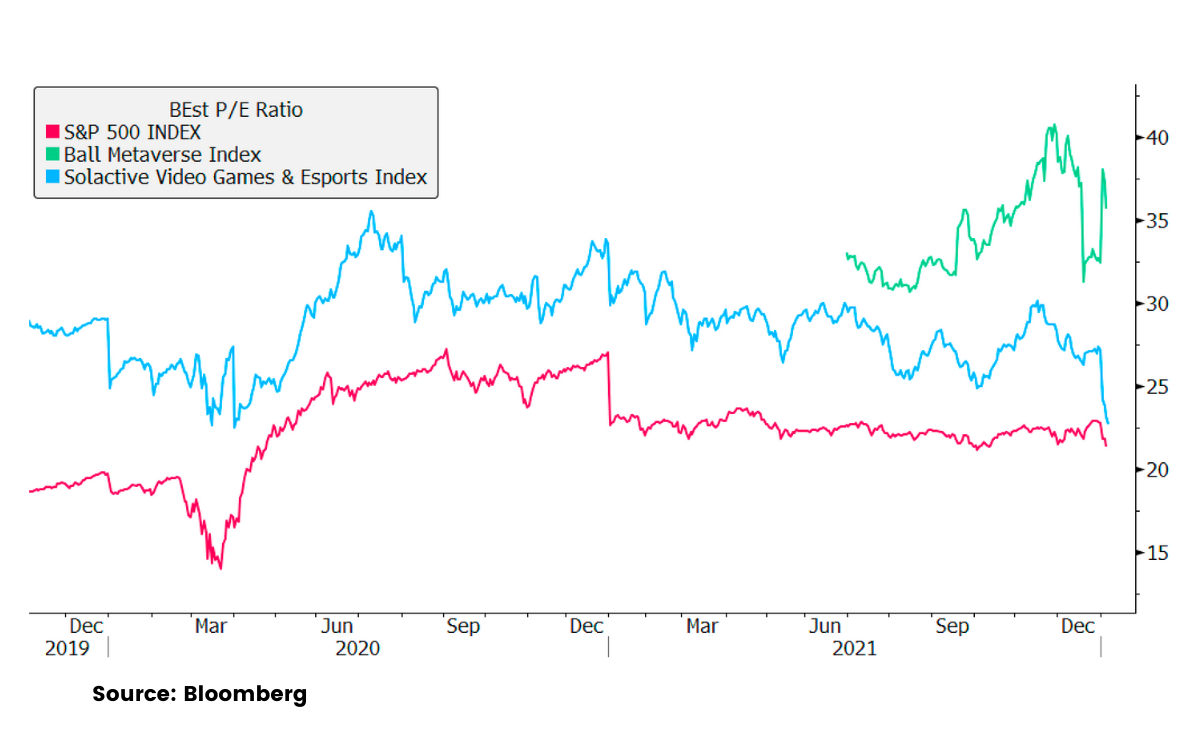 And whenever a sector sees a sharp decline in valuation, it’s worth a look to see if any bargains can be found…

How big is the potential market?

Valuations for video game stocks are dropping, even as the market shows no signs of slowing. After a lockdown-fueled boost following the Covid pandemic, the global video game market climbed to $178 billion in sales last year – and it’s forecast to reach $267 billion by 2025.

And while esports is often lumped in with video gaming, it’s actually a much smaller market with different drivers. While video game income is mainly driven by sales of games and in-game items, the esports market gets most revenue from sponsorship, advertising, and media rights.

The entire global esports market was estimated to be worth just $1.1 billion in 2021, although it’s forecast to hit $1.6 billion in 2024. And digital advocates point to the $66 billion sponsorship market for traditional sports as an indication of how big the field may one day grow.

If you’re thinking about investing in a hot theme, it’s likely enterprising providers of exchange-traded funds (ETFs) will have seen you coming from a mile away. In this case, the two largest are the VanEck Vectors Video Gaming and eSports ETF (ticker: ESPO) and the Global X Video Games & Esports ETF (ticker: HERO).

There’s also the Wedbush ETFMG Video Game Tech ETF (ticker: GAMR), which casts its net wider outside the US and has an expense ratio of 0.75%. Its top holdings include Sweden’s Paradox Interactive, Poland’s CD Projekt, and Ireland’s Keywords Studios – along with those old stalwarts Activision Blizzard and Electronic Arts.

If you want to branch out beyond ETFs to pick single stocks, a stock screener like Finviz allows you to filter the world of video game companies by whatever metrics take your fancy.

Using a similar function on the Bloomberg terminal, I’ve used the following four criteria to whittle the 347 listed companies in the video game sector down to just three. Those criteria are:

The three companies this screen found are Japan’s Capcom and Koei Techmo and China’s Wuhu Sanqi Interactive. There’s much more to stock picking, of course, but using screeners like this can at least give you a manageable number of companies to research. Have a play yourself and share your experiences with me in the Finimize group chats. 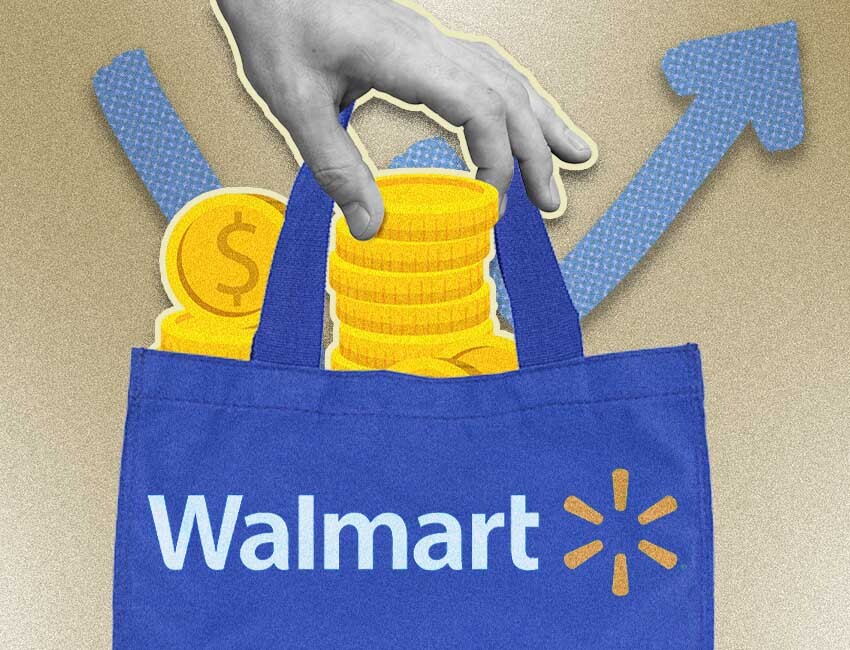 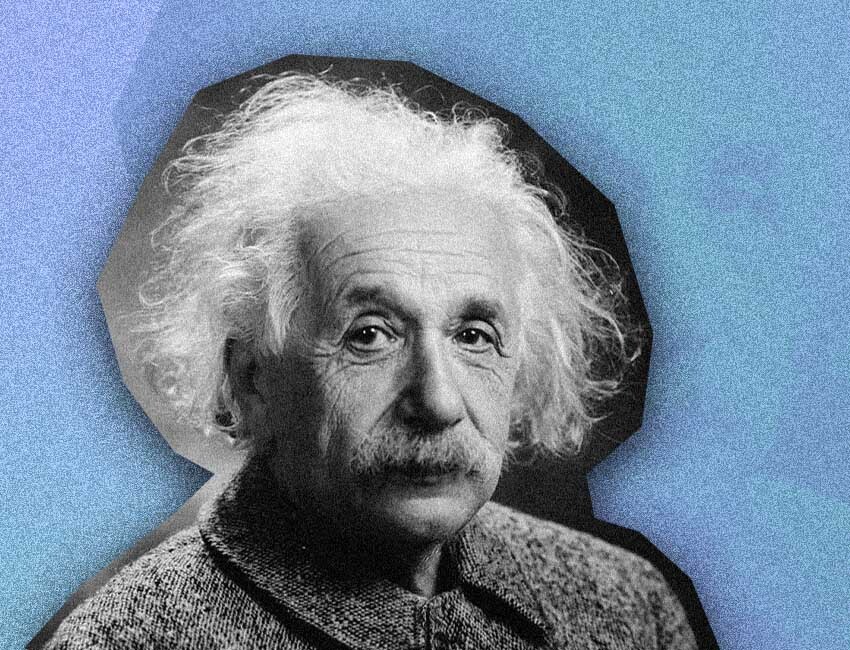